David Brule, Nolumbeka Project president, is of Narragansett and Nehantic descent. He is  the coordinator of the National Park Service Battlefield Protection Program whose goal is to identify the likely locations of the King Phillip’s War (1675-76) Peskeompskut (Turners Falls) Battlefield and associated sites, including the Native American community Peskeompskut-Wissatinnewag. This is in partnership with an archaeologist, town historic commissions, and members of several New England tribes.

Diane Dix is a founding member and for over 40 years has been learning about aspects of the Northeastern Native American culture that were shrouded by lies and misinformation. She participated in all aspects of research that led to the 1989 publication of “Manitou: The Sacred Landscape of New England’s Native Civilization” and helps coordinate Nolumbeka Project events.

Jennifer Lee, Northern Narragansett, a grandmother bark basket maker and educator, has been bringing programs to area schools in an eastern conical wigwam for the last 28 years. She is currently producing an educational video for the schools in the Valley. 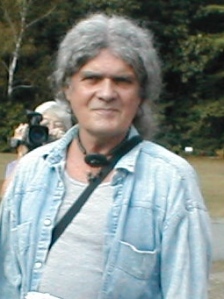 Howard Clark, former Nolumbeka Project Clerk, continues his work as the primary  researcher/anthropologist for the Nolumbeka Project. He has Cherokee roots. His extensive research into the Native history of this area revealed the prime importance of Great Falls as a gathering place for many Northeastern tribes during the fish runs.  The Great Falls Massacre on May 19, 1676 was a turning point in the King Philip’s War. Clark was instrumental in securing protection for Wissatinnewag, and was a signer of the Reconciliation Agreement between the Town of Turners Falls and the Narragansett tribe at Unity Park on May 19, 2004.

Joe Graveline, former Nolumbeka Project president, is descended from Cherokee and Abenaki and began learning about the native culture from his mother at a young age. He specializes in presenting the unrepresented Indian side of American history. He continues to work with the Nolumbeka Project in various ways. He was one of the organizers of the Reconciliation Agreement; and of the Peoples Harvest Native American cultural celebration that took place on the Banks of the Connecticut River in Gill, MA in 2005 and 2006.